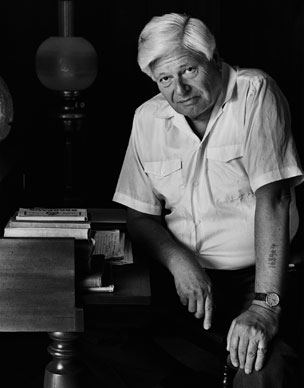 The Multiply by Six Million Project

During a fifteen-year period, I photographed two hundred survivors living in California and Paris and collected their personal stories. My goal was to portray the Holocaust on a human level in order to understand the significance of such events and to prevent them from ever happening again.

I met with each survivor several times and photographed them in their home or place they chose. Some wanted to include cherished family belongings in their portrait; others wanted to show the fading numbers tattooed on their forearm.

Each then wrote about their lives before, during and after the war. The combination of photography and their written story function to portray the power of human courage, stamina, and creativity born of the most desperate circumstances.

I photographed two hundred Holocaust survivors living in the United States and France and donated their portraits and the narratives each wrote to the Holocaust Memorial Museum, Washington, DC and Mémorial de la Shoah, Paris, France.

Multiply by Six Million- Portraits and Stories of Holocaust Survivors

I worked with Emmy winning editor Kelly Hendricks to create a short film combining my photographs and the voices of survivors recounting their wartime experiences. A solo piano score composed and performed by survivor Nicole Milner unites the visual and spoken elements of the film.

For information about the Multiply by Six Million exhibit contact
info@exhibitenvoy.org or visit www.ExhibitEnvoy.org

We are honored to be presenting two important exhibitions this fall that address the Holocaust. Impossible to Forget: The Nazi Camps Fifty Years After: Photographs by Michael Kenna and Multiply by Six Million: A Personal Perspective on the Holocaust: Portraits of Survivors from the Legacy Project by Evvy Eisen exemplify the de Saisset Museum's mission to showcase exhibitions focused on conscience, compassion and social justice. 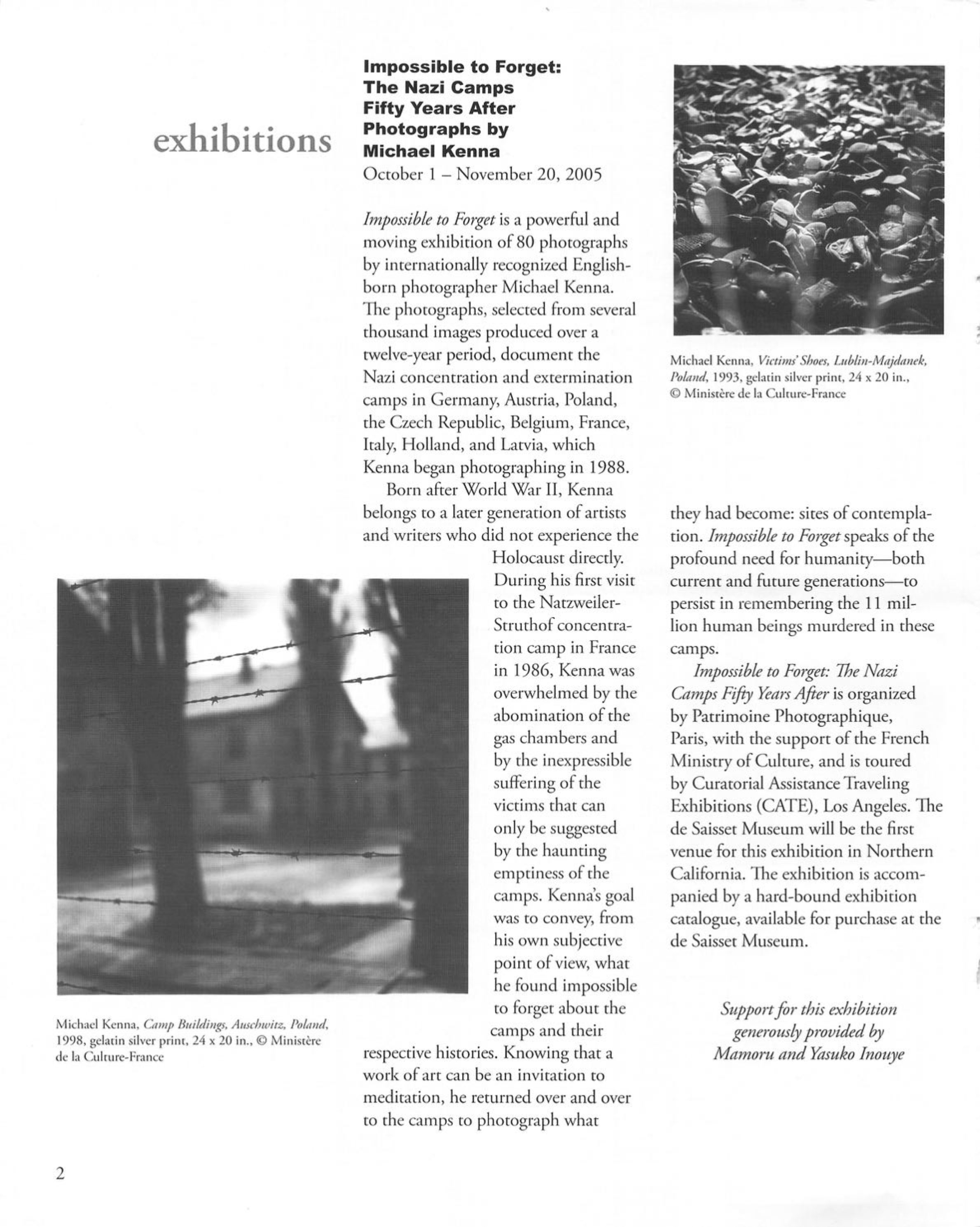 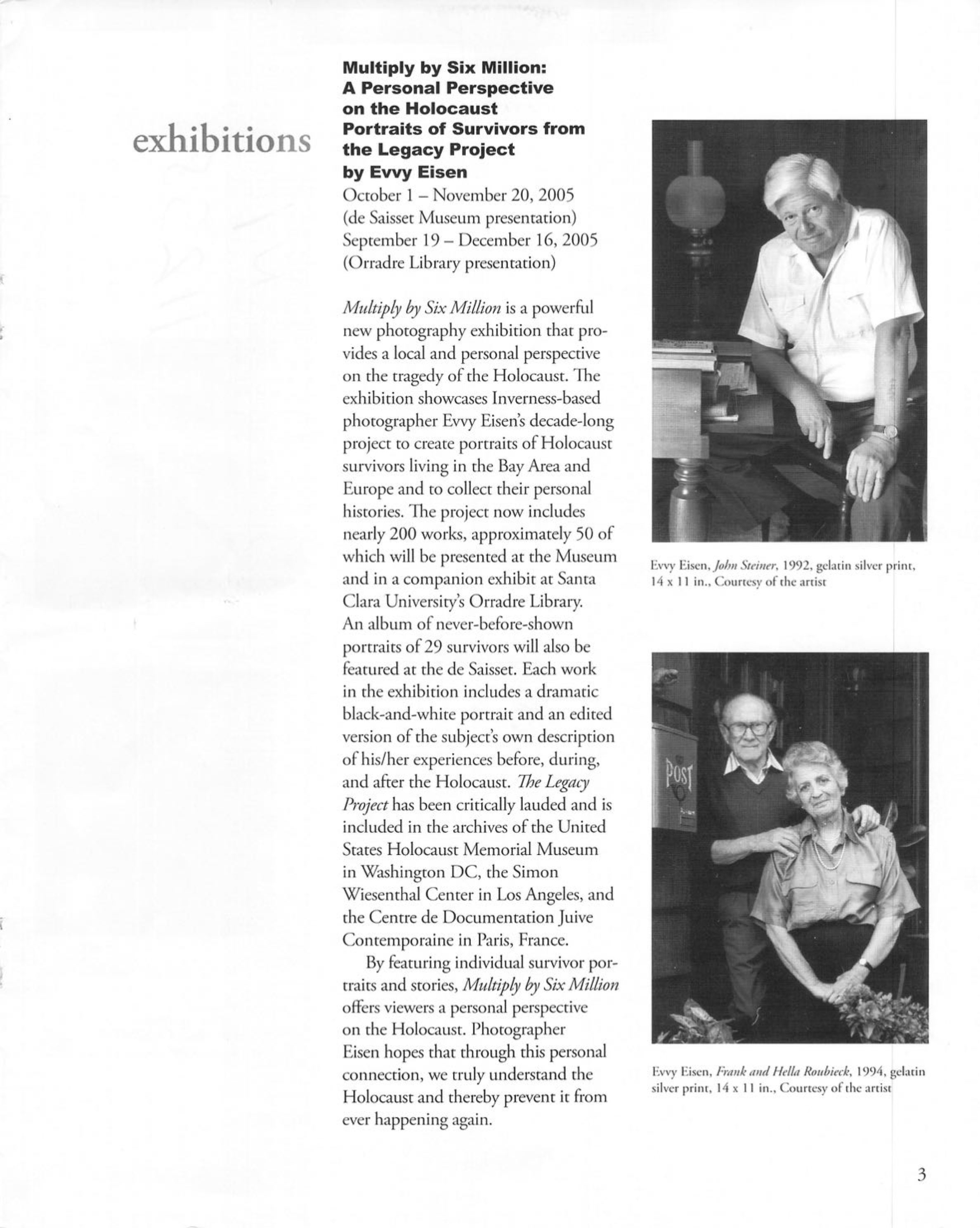 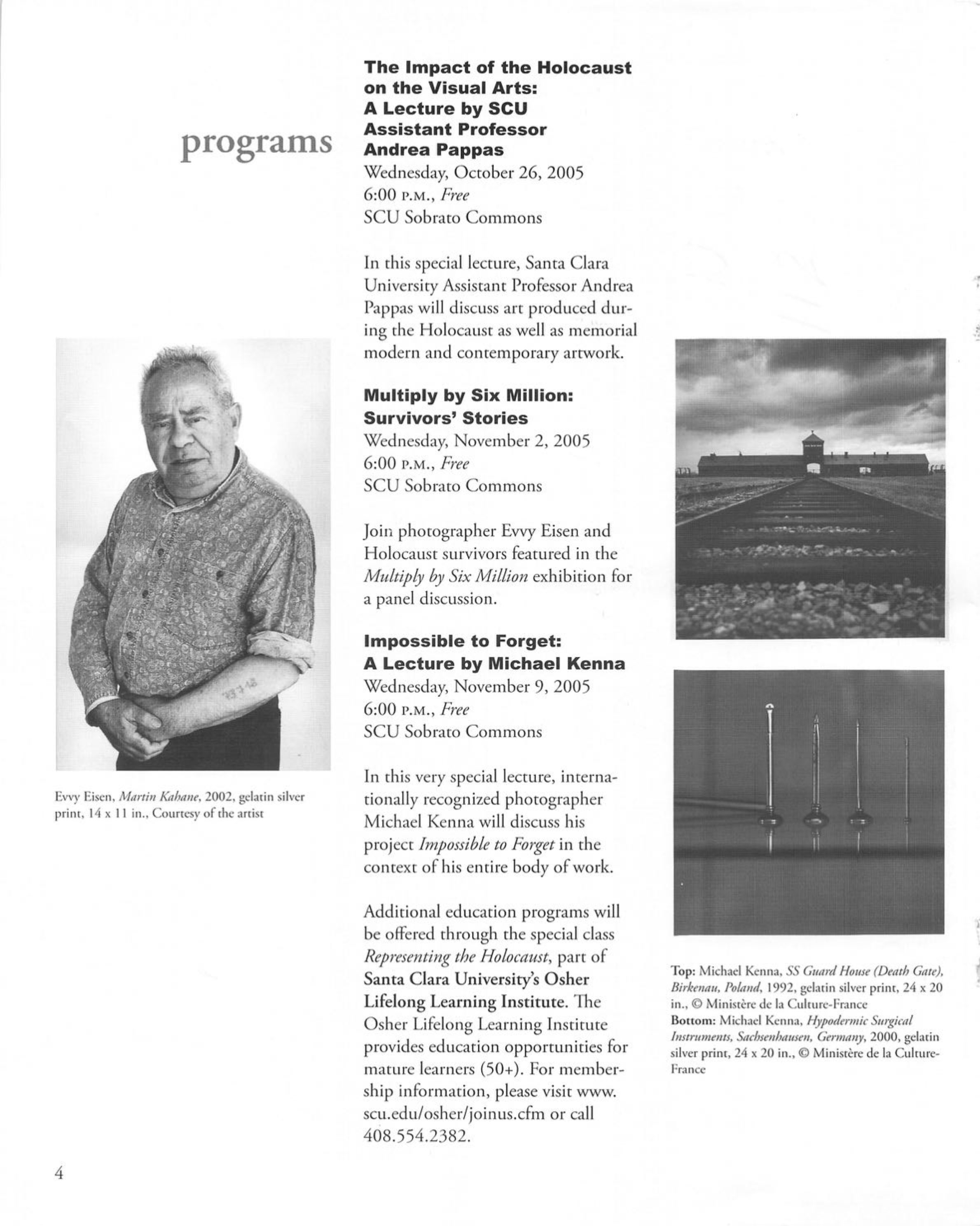 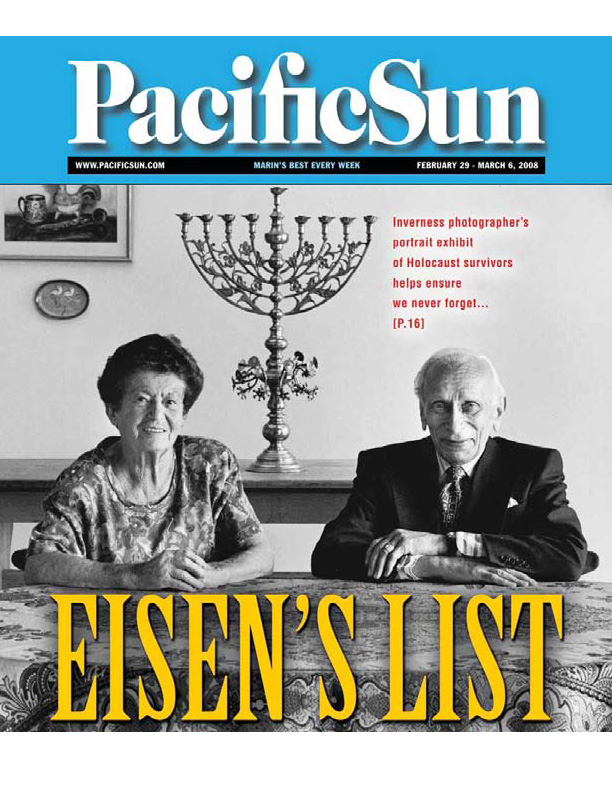 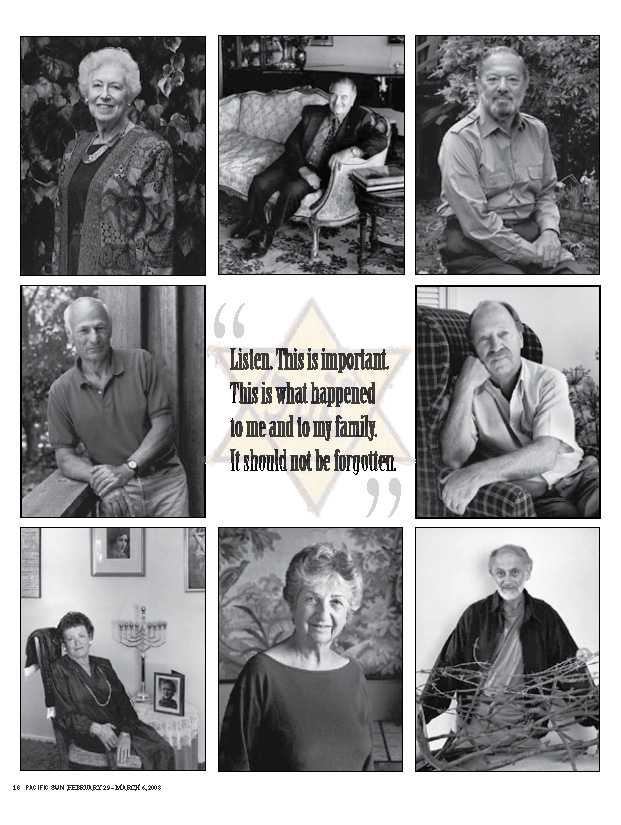